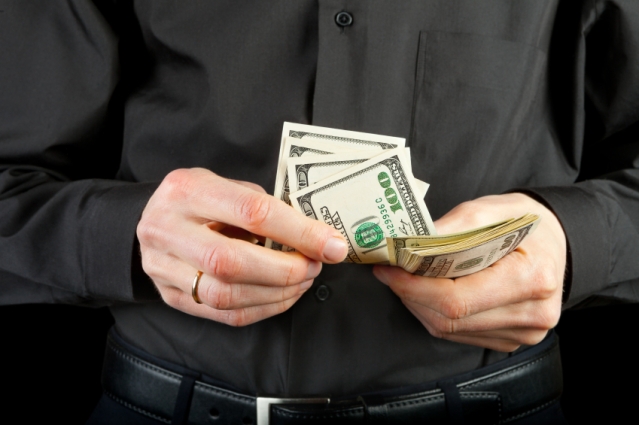 If you made 10 or 20 percent more each year, how much better would your life be? Would you find it interesting to know that no matter how much people make, virtually everyone believes that just a little bit more is all that’s needed?

Let’s start by accepting the fact that to earn more, especially significantly more, you have to provide more value. If you believe you will earn more by simply spending more time doing what you are doing, you will likely be disappointed. You may get an occasional raise in pay, but most of that will be eaten up over time by inflation.

Ask yourself why you aren’t making more. Be honest. Is it because of where you work? Is it due to what you do? Is your income limited by what you know or where you live? What are the things you have the ability to change that may be holding you back?

How would your life change if you could make 40 or 50 percent more? What if it was possible to double your income in the next three years? What would have to occur to make that a reality? How would a person who makes twice what you make act? How would that person approach his or her work? What kind of attitude would such a person have? What are you willing to do to double your income?

Many times, we have more control than we think, but we limit ourselves. I’ve talked with people who excel in sales, but when asked why they don’t earn more, they’ll respond, “I just don’t want to work that hard.” They could benefit greatly by hiring a part-time administrative assistant on their own and spending more of their time in front of prospects. Explore out-of-the-box ideas that can make you more efficient and valuable at what you do. How are the top earners in your career category making the most of their efforts?

While many people believe making at least 10 percent more would make their lives so much better, they are not willing to take the steps necessary to spend 10 percent less. They will convince themselves that they deserve what they have and how they spend their money. They will struggle to keep doing it.

If making 10 percent more would make such a positive difference, wouldn’t spending 10 percent less have the same positive impact, especially when you consider that spending less is actually easier than earning more? You see, because of payroll taxes, you have to make about $140 to net a $100 raise. On the other hand, if you spend $100 less per month, you are giving yourself that same $100 raise.

Of course, the most powerful combination to improve your financial wealth is a combination of earning more and spending less. Fill your bucket with more cash while you plug the leaks. You have both your earning ability and the opportunity to spend less at your disposal.

← This week’s cartoon is not fake…
Weekly cartoon →